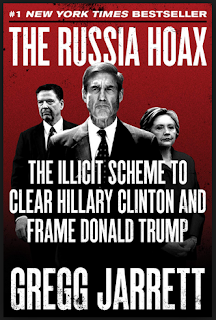 I was foolish enough to think the The "Russian" Hoax would be over by February of  2017. But Deep States war on American will not end to Deep State is destroyed. The Left's Russian Hoax now claims there are "Russian Bots" under every computer and that everyone to the right of Obama is a KBG agent who hates America. The insanity is just hard to take at this point.

Now thinkprogress.org has pushed the matter to great insanity by claiming:

"the HSLDA — now America’s largest right-wing homeschooling association — has provided the Kremlin with a new avenue of influence over some of the most conservative organizations in the United States...Other ties between sanctioned Russians and the American far-right are well documented. From Christian fundamentalists to white supremacists to secession movements to fascists in the so-called “alt-right,” the links are as diffuse as they are damning."


Homeschoolers, Gun Owners, Christians, and anyone who questions the "God-State" is now a target of Deep State.

P.S. I sould get around to reading Gregg Jarrett's book.