The Left's hatred and demands for crackdowns and censorship only seem to grow worse. Facebook plans a new crack down, not sure what this means. Is the "Russian" hoax over yet, sadly maybe not but it should, the real target was the American Right not Trump. The short version of Russiagate? There was no Russiagate. The Poles have had Jared Taylor deported from Schengen Zone. One already murdered by the state in New Zealands’s war on gun ownership. More on the The Criminalization of Dissent. The Left upset British Tory MP speaks of marxism.The Lefts experts on extremism. Michigan to Create Thought Criminal Database.

And the death of Canada moves forward One-third of Canada’s churches to close within 10 years. And now even Utah legalizes fornication, adultery and sodomy. The Bitcoin scam is going collapse at some point.


Yes. I think that under the influence of cultural Marxism, which started in the 1920s and became dominant in the 60s, intellectuals, politicians, artists, academics, journalists and, as such, the entire elite of our society have been bewitched by that idea. They came to believe that what stands in the way of utopia — whether a communist utopia or a liberal utopia — is bourgeois society, bourgeois traditions, the bourgeois way of life of ordinary people. That is why Le Corbusier wanted to destroy the entire Rive Droite of Paris. That is why all who opposed mass-immigration where denounced in the most vile ways. And that is why national identities had to be resolved into a “European Union.” Because, if you remember the Communist Manifesto, Marx and Engels considered those to be part of a bourgeois reality that hindered the formation of “true” loyalties between the laborers all around the world.


The man did just about everything it was possible to do in his time, and stretched the limits of what one individual can accomplish in a lifetime to their breaking point. His incredible lifespan alone (he died a month shy of his 103rd birthday) spanned the Kaiserreich, the German Revolution, the Weimar Republic, the Third Reich, the Federal Republic of Germany, and finally, reunited Germany in his final decade – and was active in all of them. As such, his life itself can be seen as a symbol of Germany in the twentieth century, albeit he remained unconventional throughout all of its phases.


Any alien, being a free white person, who shall have resided within the limits and under the jurisdiction of the United States for the term of two years, may be admitted to become a citizen thereof, on application to any common law court of record, in any one of the States wherein he shall have resided for the term of one year at least, and making proof to the satisfaction of such court, that he is a person of good character, and taking the oath or affirmation prescribed by law, to support the Constitution of the United States.

The Poverty Palace Has Lost Its Halo


Known as one of the most celebrated civil rights lawyers of his time, Morris Dees spent nearly a half-century building the Southern Poverty Law Center into one of the nation’s wealthiest and best-known legal advocacy groups....But the group now finds itself beset by internal conflict. Mr. Dees has been fired and other top executives have quit. The staff is demanding that leaders address a climate of intolerance inside its offices. The tumult, including pointed allegations of sexual harassment and racial discrimination, comes as the center’s influence has surged in the Trump era.

Conservatives Have To Overcome Their Enmity To Realism


We cannot simply retreat to our homes and comfortable armchairs and focus on being alive. We must do that and also find a way to seize power and drive the invader philosophy of Leftism — it is Asiatic in nature — from among us. Anything else is cowardice.


Child Protective Services is an extremely intrusive government agency that would not have been tolerated.  The power of this police agency trumps parental rights and responsibilities.  The agency is an important part of the destruction of liberty that I have witnessed over my lifetime.

The Bible, the Family and Decentralized Society


The bible is in many ways a blueprint for building a decentralized order and society. The modern American Christian can’t see this because they have been taught something very different. All the groups fighting for power and influence today are centralist, hoping to erect a tower of babel. Unfortanatly the church is included and she wrongly thinks that placing a giant cross on top will make it less evil. In this post I hope to lay out some of the presuppositions that are the foundation for the decentralized order. 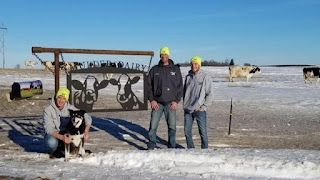 While the US government lets tens of millions of criminal savages roam free over America and this family is attacked.

Eighteen years ago, Kor Mulder and his former wife brought their two sons - ages two and three - from their native Holland to the open spaces of western Minnesota to start a dairy farm. Back home, land was scarce - while regulations were many.  With an E-2 Visa in hand, Mulder saw in the U.S. freedom and opportunity... With both his boys in Europe – and unable to run the dairy alone – Kor Mulder sees only one course: liquidating his farm and returning to Holland too....

Good old Shotgun has written on the foolish nature of the Yang cult, I need to go into this topic soon as well.


So while I’m not an outright “capitalist”, I do find myself having many disagreements with those in the Alt. Right who are passionate “socialists”. They’re so passionate, in fact, they’re actually advocating for “universal basic income”, hopping on the bandwagon of the radical socialist democrat presidential candidate Andrew Yang. These misguided Alt. Right lads are, perhaps rightly so, burnt out on Trump and all his false promises, so they see a guiding light in Yang who may have more of a chance to usher in the socialist state they desire.