An article by Laurel Loflund at Faith and Heritage well worth reading.

Why White Women Hate Themselves, and How We Might Change

Somewhere between today and the many possible futures stretching ahead of us lies a point of decision for contemporary women.It’s possible that women will continue to proceed in the ultimately unsatisfying and unproductive path that is an inheritance of the feminist movement of the 1960s, attempting to balance work, home, and family in the quest to “have it all.” But an increasing number of White American women have become aware of the fundamental self-hatred of themselves and all things womanly that this path produces, and choose to look once more to the creative, truly productive, path of home, faith, and heritage...

The Myth of Black Confederates Persists

The Myth of Black Confederates Persists

"It's a myth," continued Bordewich, author of Washington: The Making of the American Capital and Bound for Canaan: The Underground Railroad and the War for the Soul of America. "It is nonsense. I could be blunter than that, but you get the drift. It's a meaningless term, 'black Confederates.' There is no evidence whatsoever from any responsible source that there was more than the occasional slave who was forced to serve in the war."

Henry Louis "Skip" Gates... "No black rebel units ever fought Union forces, although many slaves fought alongside their owners, and thousands more were compelled to labor for the Confederacy, rebuilding rail lines or construction fortifications." And still the myth persists. Why?

The Rainbow Confederacy? NOT! 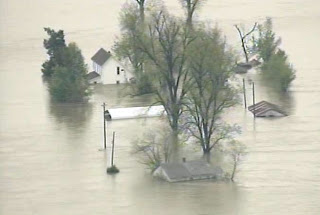 Farm destroyed by US government
The U.S. Corps of Engineers blasts levees and will flood over 133,000 acres of farmland in Missouri, in an attempt to protect the ruins of Cairo, Illinois, a majority Afro-American city in Obama's home state, who's population had declined by more than 80% due to Afro-American rioting during the so-called "civil rights" era. A number of people have pointed out this has not worked to stop flooding in the past. The city was flooded in 1937 after similar failed attempt to save it by blasting levees. The sad thing is this is not going help anyone.

72-year-old farmer's land to be flooded after levee blast

Judge says Mississippi levee can be blown up

Part of the reason why there have been so many problem in recent years is the federal government has been blocking local governments and farmers from building and maintaining levees. The Army Corps of Engineers has also been cutting down tree near levees claiming they are damaging them, when fact trees stabilize land and pervert erosion.

More links some a bit old:

Another mudshark story: 'Hiccup Girl' Jennifer Mee: 'I'm Not Guilty' of Murder, but 'I Took the Path of the Devil'

The pornification of America - The Boston Globe

Sad, this girl is very pretty: Child Gets Plastic Surgery to Avoid Bullies

Libya to unleash wave of migrants on Europe

The Forgotten Genocide by Eric Margolis

Another mudshark story: Model Sammi Hewitt fought for her life in murder-suicide | News.com.au

The missing side of the Amanda Knox story: drugs and alcohol

The Rise Of Anti-Western Christianity | The Brussels Journal

Kendall Anderson, 16, kills mom with claw hammer for taking away his PlayStation: court

The Origins of Political Correctness :: Accuracy In Academia

Don't worry "daycare" will watch you children:
Portland woman accused of videotaping sex act with a 1-year-old and e-mailing it to her Marine boyfr

Welcome to the Faith & Heritage Website at Faith and Heritage

Foreclosures on People Who Never Missed a Payment

Sandra Bullock: A Woman for Our Time

What happen you you send children to state schools: Youtube: Beavis & Butt-Head in Customers Suck

Beck: Pay attention America; Soros’s Five-Step Plan to bring down America in his own words(Video)

The case of Franky Schaeffer-slandering your parents for fun and profit... I saw him on TV once, he looks demented; and he is an Obama supporter too. His most successful works are the book about his parents; "Crazy for God" and his novels about a reprobate son of minister, all of which are vile slandering of his parents. Odd how degenerates Protestants sometimes jump to the Roman/Orthodox church, but Franky seems to have abandoned Orthodox Church as well now. Franky Plays Schaeffer Card, Again

He is another story about black soldiers "wrongly convicted" in riot and lynching in Seattle. The sad is these guys got off easy in the first place. Court martialed in 1944, Fort Lawton veterans formally exonerated

Another Muhammadan moron used by the FBI in another fake bomb plot, to make the public think they are doing something useful. Also this is not "weapon of mass destruction," the law was supposed to used against nuclear and biological weapons, but as usual the federal government will always overreach in it's use of any new law. FBI thwarts terrorist bombing attempt in Portland


Interesting, but this topic has already been covered and I fear this book will be from a Neocon point of view.
10 Questions About "Dupes"
Posted by Faust at 1:29 AM No comments: