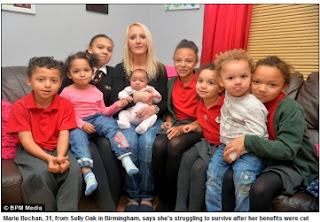 Fornicating Miscegenist Wellfareite (AKA "mudshark") is paid $42,000 a year tax free and complains she can't make ends meet. She used to be payed even more before the 500 pound a week benefit cap was put into place.

‘I can’t survive on £500 a week benefits!’: Single mother-of-eight says her children may end up on the streets after she had her benefits capped

Marie Buchan, 31, lives with her children aged from two months to 12 years She claimed £582 a week in state handouts til the cap in September Now the single mother from Selly Oak, Birmingham, says she is struggling She also wants to be moved to a large house - but is £2,000 behind in rent. Miss Buchan, who owes £600 in bus lane fines, says: 'I don't waste money' 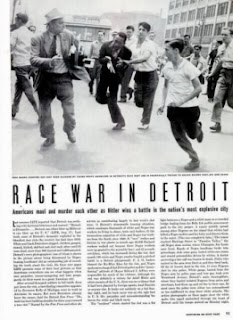 This year makes the 70th anniversary of the Detroit Race Riots of 1943. The citizen of Detroit were scarified to foolish "Liberalism" and war time expediency to aliens savages, who were imported to replace workers who had been drafted. The federal government uses of the Army to protect black rioters could be used a marker for the start of the federal government's war on European Americans.

In recent years, 50,000 blacks and 300,000 whites had arrived, mostly from rural Appalachia and the American South. Ethnic groups were pressured to resent African Americans especially. A historian of Detroit's Poles found that they were scared into seeing African Americans as "threatening their jobs, homes, communities, and churches".

Recruiters convinced blacks as well as whites in the South to come up North by promising them higher wages in the new war factories. Believing that they had found a promised land, blacks began to move up North in larger numbers. However, upon arriving in Detroit, blacks found that the northern bigotry was almost as bad as that they left behind in the deep South... Job-seekers arrived in such large numbers in Detroit that it was impossible to house them all.

Before the attack on Pearl Harbor, the U.S. government was concerned about providing better housing for the workers throughout the country. On June 4, 1941, the Detroit Housing Commission approved two sites for defense housing projects--one for whites, one for blacks. The site originally selected by the commission for black workers was in a predominantly black area, but the U.S. government chose a site at Nevada and Fenelon streets, an all-white neighborhood.

The completed housing development that was designated for blacks was named Sojourner Truth, in memory of the black Civil War abolitionist and women's rights advocate. Many whites fiercely opposed allowing blacks to move into an all-white neighborhood. On January 20, 1942, Washington DC informed the Housing Commission that the Sojourner Truth housing project would be for whites and another would be selected for blacks. But when a suitable site for blacks could not be found, Washington D.C. housing authorities agreed to allow blacks into the finished homes, beginning February 28, 1942.

On February 27, 1942, with a cross burning in a field near the homes, 150 whites vowed to keep out any black homeowners. By following morning the crowd of whites – many armed – had grown to 1,200. Blacks who had already signed leases and paid rent attempted to get through the whites' picket line, leading to a clash between white and black groups. Despite the mounting opposition from white groups, black families moved into the project at the end of April. To prevent violence, Detroit Mayor Edward Jeffries ordered the Detroit Police Department and state troops to keep the peace during the move. Over 1,100 city and state police officers and 1,600 Michigan National Guard troops were mobilized and sent to the area around Nevada and Fenelon streets to guard six African-American families who moved into the Sojourner Truth Homes. Eventually, 168 black families moved into the homes.

Later, in June 1943, three weeks before the riot, Packard Motor Car Company promoted three blacks to work next to whites in the assembly lines. In response, 25,000 whites walked off the job, effectively slowing down the critical war production. It was clear that whites who worked with blacks in the same plant nevertheless refused to work side-by-side with them. During the protest, a voice with a southern accent shouted in the loudspeaker, "I'd rather see Hitler and Hirohito win than work next to a ni****."
Riot

Altercations between black and white youths started on June 20, 1943, on a warm Saturday evening on Belle Isle. A fist fight broke out when a white sailor's girlfriend was insulted by a black man. The brawl eventually grew into a confrontation between groups of blacks and whites and then spread into the city. The riot escalated with a rumor that a mob of whites had thrown an African-American mother and her baby into the Detroit River. Historian Marilynn S. Johnson argues that this rumor reflected black male outrage over white violence against black women and children. Another rumor swept white neighborhoods that blacks had raped and murdered a white woman on the Belle Isle Bridge. Angry mobs of whites spilled onto Woodward near the Roxy Theater around 4 a.m., beating blacks as they were getting off street cars. Stores were looted and buildings were burned in the riot, most of them in a black neighborhood in and around Paradise Valley, one of the oldest and poorest neighborhoods in Detroit. The clashes soon escalated to the point where black and white mobs were “assaulting one another, beating innocent motorists, pedestrians and streetcar passengers, burning cars, destroying storefronts and looting businesses." Both sides were said to have encouraged others to join in the riots with false claims that one of "their own" was attacked unjustly1 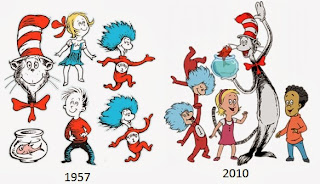 I guess they want to get the "message" out to white girls too young for rap.

Note I know the late author was a cultural marxist.
Posted by Faust at 4:35 PM No comments: 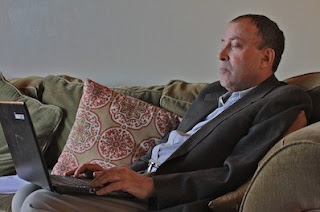 
I am great saddened to hear of the death Lawrence Auster. Announcement from VFT: LAWRENCE AUSTER: JANUARY 26, 1949 - MARCH 29, 2013 and more on the Thinking housewife: Goodbye, Beloved Friend and Mentor and VDare: In Memoriam: Lawrence Auster—A Great, Sometimes Irascible, Fighter For Tradition. More of his work can found at Lawrence Auster's View from the Right blog and Joel LeFevre's Lawrence Auster Page.


"My highest beliefs I have had this thought going back decades. I believe in two things: God, and white Western civilization."-Lawrence Auster

"Readers will note the synchronicity of Mr. Auster’s death. He died on Good Friday. He said repeatedly that becoming a Christian believer was the most important event of his life."-Laura Wood

And from the horses mouth... Welcome All ye Disenfranchised!

CofCC: Ann Coulter and Donald Trump
Posted by Faust at 5:03 PM No comments:

Coming soon to your neighborhood....
Posted by Faust at 3:54 AM No comments: 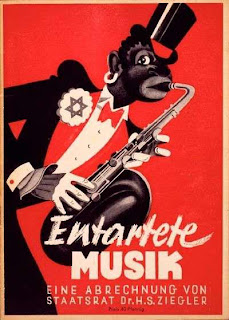 "Jazz music and ni**er dances are the death march of a great civilization."-Oswald Spengler

Already long ago, from when we sold our vote to no man, the People have abdicated our duties; for the People who once upon a time handed out military command, high civil office, legions — everything, now restrains itself and anxiously hopes for just two things: bread and circuses-Juvenal

In Ancient Roman it was "bread and circuses," in the Post-American wasteland it is Beer and Circuses... And today is the greatest of these vile circuses. Millions of dirty drunken degenerate fat mindless low-lifes will watch a group of mainly African VD infected savages fight over a ball.


It is as sport to a fool to do mischief: but a man of understanding hath wisdom.-Proverbs 10:23

The degenerate, despicable, and vile sport of American football is now associated every form and manner of evil and immorality. These nasty vile orcs lack any sportsmanship on the field and off indulge in random violence, drunkenness, fornication, miscegenation, rape, murder, and every other manner and form of vile and evil behavior know. This years the so-call "Super Bowl" is being used to promote both miscegenation and the sodomite agenda. Michael Oher who life the was made into vile film "The Blind Side" is promoting alien adoption and the vile Mulatto Brendon Ayanbadejo is using the grand circus as platform to push for increased privileges for sodomites. Attacking sodomites for vile evil behavior is becoming as politically incorrect as attacking African for their savagery. An old but good article on the vile vile sport of American football: Morality Not The Only Target on Monday Night Football


The main reaction from viewers and the professional "family values" lobby has been to denounce the nudity and clearly implied sex of the now-notorious ad that promoted last week's Monday Night Football game. That's all well and good, but there was more going on in the ad that no one will mention—race. 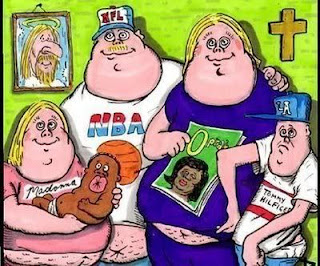